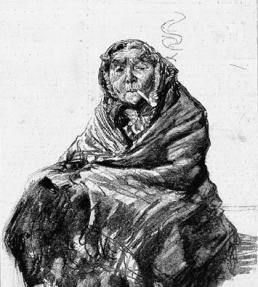 Just when I thought SARAH ANN ELLIOTT could not surprise me any more…she has!

Last week, I thought a bit of recreational family history research on British Newspaper Archives was in order. It’s a truly wonderful site which I have a full subscription to and which has given me more insight into various members of my British ancestry than many other documents. Trove is the Australian equivalent and has also proven invaluable. But if an ancestor makes it into the newspapers, it’s usually for the wrong reasons and can be quite upsetting at times. I discovered a great grandfather who “accidentally” murdered a young returned serviceman in Adelaide in 1918. A great-great grandfather who was arrested in London in 1884 for drunkenness and consorting with prostitutes while his poor wife and young children waited at home for him. Two great-great grandfathers who were hauled up before the courts for beating their wives, one in England, the other in Australia. Ahh yes, every family has them, these less than perfect and sometimes downright dirty ancestors. But I wasn’t prepared for what I discovered last week about little ol’ Granny Sarah Ann.

I idly entered “Sarah Ann Hocking” into the British Newspaper Archives search area (Hocking was her common-law married name to my 3xgreat grandfather William Hocking) and hit “enter”, not really expecting anything, and instantly found an article in three Sheffield, Yorkshire newspapers in August 1907. She was 84 when this article appeared. Here is the transcription:

OBTAINED RELIEF BUT HAD PACKETS OF GOLD

The discovery of a packet of sovereigns in the bedroom of a small house in Ellison Street, occupied by a woman who for years has been in receipt of outdoor relief, led to an unusual application being made…at the City Police Court yesterday.

The woman (Sarah Ann Hocking) first obtained out-relief in 1900. She declared then that she was destitute, and to all appearances she was indeed in very poor circumstances. A sympathetic board granted her a certain sum per week, and this she has been in receipt of ever since. Altogether the Guardians have paid her £65 of which her sons have contributed £28.

Yet, all unknown to her relatives or to the relieving officer, she has possessed quite a hoard of gold. The discovery took place in this way. A little while ago she was making her weekly visit to the Union offices, when she was taken ill suddenly in the street, and upon the advice of the Medical Officer, she was removed to the Royal Hospital. While she was there, a relieving officer, accompanied by one of her sons, visited the house in Ellison Street, and upon opening several packets which they discovered in the bedroom, to their surprise they found half-sovereigns and sovereigns – £174 in all.

Yesterday, therefore, an application was made to the magistrates for an order permitting the Guardians to retain £38 of the money – the amount the ratepayers are out of pocket through the woman having needlessly obtained relief. The application was granted.”

Goodness!! She was 84, an old pauper of no particular note, but was still fit and active enough to walk to the Union Office every week. Not bad for a mill girl from Stockport, Cheshire (now a suburb of Manchester) whose parents and siblings had mostly died in their 40s and 50s from the diseases that plagued the Industrial Revolution towns of northern England in the 19th century. She lived in a small three roomed house (1901 census information) in Ellison Street, Sheffield in humble circumstances. Until 1900, she had been living with her youngest son, Albert, but he dropped dead suddenly from natural causes at age 36 whilst working at his labouring job, and at the age of 78 she found herself living alone. Albert was the eighth of her thirteen children she’d had to bury in her lifetime. Unimaginable to today’s parents. She could have gone to live with one of her five surviving children who were scattered around the country – Phoebe or Henry in Portsmouth, Hampshire; William in Vange, Essex; Selina in Hereford, Herefordshire; George in Cleethorpes, Lincolnshire – and indeed that was the custom back then, the alternative being the workhouse, but it appears she either chose to stay where she was, or they didn’t want her. My research has indicated she was a particularly spirited and independent woman, so I wouldn’t be surprised she chose to live alone.

With Albert’s sudden death and her financial support gone, she applied to the Board of Guardians for poor relief. Out-relief was the equivalent of today’s social security payments which allowed a pauper to remain in their home rather than enter the abysmally overcrowded workhouses. Her family contributed towards her support by sending money to the Guardians who supplemented it with money obtained from local ratepayers and then administered an agreed amount to Sarah Ann each week. Life went on for her, until she collapsed in the street seven years later and was taken to the hospital. Her family would have been notified of her illness and one of her sons had accompanied a Guardian to her home, as much to collect things she may have needed in hospital as to check on her home situation. Another article in one of the other newspapers says the gold sovereigns they found were kept neatly in a packet, an envelope and a tin box, but they were not hidden away. And yet none of her family knew about it. Did none of them visit her or ever go into her bedroom? She had grown grandchildren living close by. Nobody locked their houses in those days, yet thieves had not attempted to break in and take her gold. She had maintained the facade of a worthless old pauper to perfection. It wasn’t just her family who didn’t know about the gold sovereigns. Nobody knew! £174 was a vast sum for an old lady to have lying around the house in 1907 – today’s equivalent £20,000. That’s $35,000AUD or $27,000US.

So many questions here! The obvious one is – where the hell did she get all that money? In gold sovereigns no less? Well, it appears it wasn’t stolen because the Police Courts did not accuse her of theft, no charges were laid against her, and they did not demand she hand all of it over. Only the portion of out-relief the Guardians had paid her was asked for, which, by the way, was minuscule compared to social security payments today. £65 over seven years works out to about 3 shillings and sixpence a week, barely enough to pay her rent, buy coal and a little food. But her family had paid £28 towards that £65, so they were contributing to her care, they hadn’t abandoned her and perhaps they were helping out in other ways, otherwise how on earth did she manage? The Sheffield ratepayers covered the extra £38. So even after the Guardians had got their £38 back, she still had £136 in gold left.

Had she been in possession of that gold when she applied for out-relief in 1900? Was she guilty of social security fraud? They imprisoned people for defrauding the Guardians back then. They did not imprison Sarah Ann.

There is another logical explanation. Her son, Albert, had been involved in a serious theft a few years before he died and had served six months hard labour. Albert was described at his trial as being 5’1″ tall, severely short sighted with very thick glasses, and sporting a large mole on his left cheek. The magistrate described him as being a bit simple and of falling under the influence of his accomplice who got two years hard labour. He is not recorded as having committed any crimes after leaving prison, but perhaps he had and gotten away with it. Did he hide some of his ill gotten gains in the house on Ellison Street which Sarah Ann discovered after she’d already applied for out-relief and was too ashamed to declare?

Or was my Sarah Ann a wicked, cunning old lady who acquired £174 in gold sovereigns through some unlawful means and was arrogantly careless about how she kept it? Hmmm, I think not, because she didn’t appear to ever spend any of it.

Or was she just plain batty? Did the gold sovereigns fall into her possession quite innocently and she thought, “I’ll just put them here on the chest of drawers while I go to collect my 3 shillings and sixpence from the Union office,” and then completely forgot about them?

Anyhoooooo, so many questions and so many possibilities about this fascinating ancestor. And to think I was worried about how I would keep the last part of her story interesting! These articles have been a gift for me, the storyteller, and I will spend the early part of next year hiring researchers in Sheffield to find out what they can from whatever records they can find. It is pure Dickensian, this old lady’s story. I could not have thought it up myself, as wild as my imagination is. Where did that money come from and why was she, a pauper, sitting on it instead of improving her life and the lives of her family with it?

Sarah Ann Elliott was a Conundrum.